The New Look of the Nashville Predators

Rumor has it that these are not the final designs but are extremely close to what the final designs will look like (Basically the same, from what I hear).  Personally, I have mixed feelings towards the jerseys.  I'm always a fan of color but the piping and stripes strike me oddly.  Regardless, we'll all have to hang on and see what becomes of these newly leaked photos.
Posted by Adam at 6/24/2011 02:48:00 PM 2 comments:

Earlier today the Philiadelphia Flyers turned their salary cap standings and team roster upside down by shuffling some of their bigger names off to other teams and bringing in a bonafide goaltender with a huge price tag. 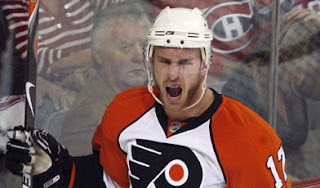 First the Flyers sent scoring winger Jeff Carter to Columbus in exchange for Jakub Voracek, a first round pick, and a third round pick. Carter was recently signed to a huge multi year contract that will last until the 2021-2022 season 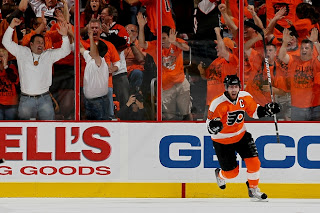 Later in the day the Flyers sent their captain, Mike Richards, to LA for forward Wayne Simmonds and young star Braydon Schenn.  Richards is set to be in LA until the end of the 2019-2020. 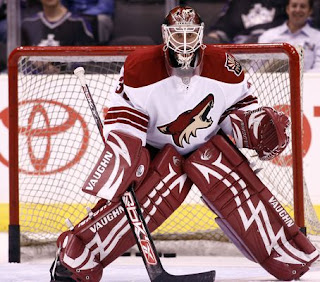 Finally, with their newly freed cap space GM Paul Holmgren signed superstar goaltender Ilya Brygalov to a huge 9 year 51 million dollar deal (too high a price tag for Ilya in my opinion).
Posted by Adam at 6/23/2011 06:10:00 PM No comments: 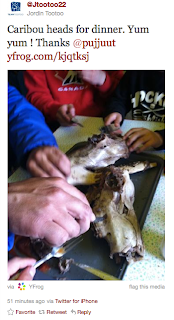 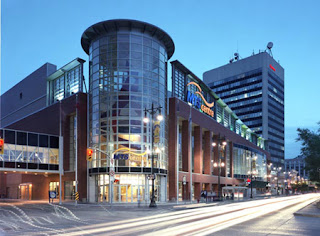 The numbers equate to this:

In addition, each season ticket holder must retain their tickets for a minimum of 3 years and a maximum of 5 years.

Winnipeg: Back in the NHL at Atlanta's Expense

In case you haven't heard, earlier last week it was announced that, as speculated, the Atlanta Thrashers were purchased and will move from Georgia to Winnipeg.  Less prominent in the headlines is that this move has caused the AHL's Manitoba Moose to be relocated to St. Johns, Newfoundland. 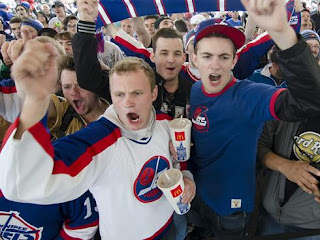 There has been no word on the official name for the new Winnipeg franchise, but rumors have passed with names like the Falcons, Polar Bears, and of course the Jets.
Posted by Adam at 6/03/2011 01:28:00 PM 3 comments: