To the surprise of many hockey fans (at least I assume), Johnathan Cheechoo has been signed to an NHL contract. Coming this season he will be under a 2 way $600K contract with the St. Louis Blues. I flat out don't understand where the Blues are going right now with their recent signings. Pictured: Cheechoo days before his talent was reported missing.

Cheechoo was once a 50 goal scorer, but that was literally one season. The next seasons he played just didn't click for him. He's tallied a mere 17 NHL goals between 2008 and 2010 with the Sharks and Senators (the Sens bought out his contract and he played a season with the AHL's Worcester Sharks). Needless to say, I'm no Cheechoo fan, I don't think he'll do well, and I think as far as goal-scorers go he's a one hit wonder, but I guess we'll see how he does in St. Louis... 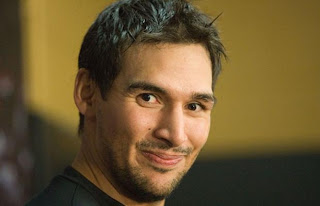 Earlier today the St. Louis Blues signed ex-Devils Jamie Langenbrunner and Jason Arnott to one year contracts, which is great and cool and stuff... 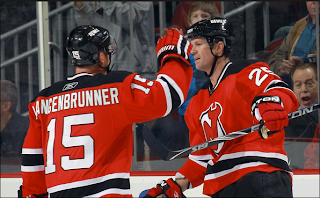 Personally, I feel awkward about this deal. Langenbrunner is 35 and Arnott is 36, and I have nothing against older players, but I dont understand why the Blues feel they need both.  I don't think this is a deal that will make or break the Blues (unless injuries happen) but I think there were better players available to be signed.
Posted by Adam at 7/06/2011 04:12:00 PM 14 comments:

Today has been an uncharacteristically busy day for free agency. I know this because I've been working the Ducks2Nucks twitter today, and it is blowing up with signings rumors and trades. Two of the most impacting transactions of the day have been Tomas Kaberle's new contract in Carolina, and Joe Corvo being moved by the Hurricanes to Boston in exchange for a 4th round draft pick. 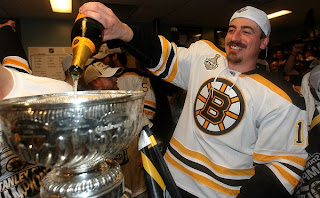 It's no secret that Kaberle didn't work out the way fans wanted him to in Boston, and we knew he wasn't resigning there, so maybe playing in Carolina will click better for him and show an upgrade in stats. As far as Joe Corvo and the Bruins go, Boston was just looking for an avid replacement for Kaberle on the blueline, and Corvo could very well be that replacement. 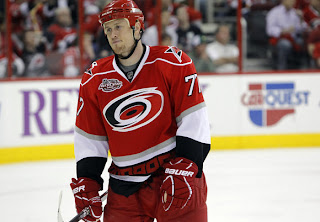 Corvo hasn't ever put up as many assists as Kaberle, and usually doesn't match his point totals, but as of late he's stepped up as a veteran defensive leader who can put the puck in the net.
Posted by Adam at 7/05/2011 04:37:00 PM 1 comment:

San Jose GM Doug Wilson and Minnesota GM Chuck Fletcher are no strangers to each other. After last night, the GM's have completed two big trades with each other in just over a week. 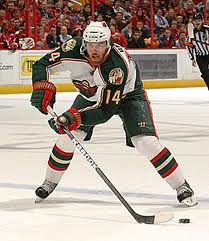 75 free agents signed with their respective teams July 1st, and 18 additional players followed suit on the 2nd.  A lot of big names were moved around including Simon Gagne, Tim Connolly, Ville Leino, and Michael Ryder, but today we will look at the top free agent signing at the forward, defenseman, and goalie position. 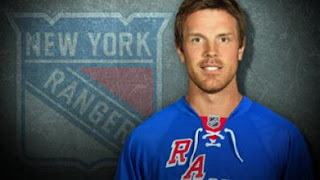 Brad Richards waited it out through day 1 of free agency while 75 other players found new teams or re-signed with their former teams.  Early on in day 2, Richards made his decision to go with the New York Rangers by signing a 9 year deal worth $60 million.  He finished last year with 28 goals and 49 assists in 72 games. He'll also surely help out the Rangers, who at times, struggled to put the puck in the net.